Greek coffee is deeply ingrained in Greek DNA! Despite the rapid expansion of filter coffee, instant coffee, and more recently Italian style espresso coffee, Greek coffee is here to stay and its classic charm will never be surpassed in the Greek market. It is an indispensable part of Greek daily life and its preparation is nothing less than a daily ritual.

The history of greek coffee

Greek coffee type came to Greece during the Ottoman occupation.  It first became popular among Greeks residing in Constantinople and Northern Greece.  In Salonica alone during the 17th century there were more than three hundred traditional coffee shops serving Greek coffee..  Later on the first coffee shops appeared in Athens as well, being very popular among Greeks and Turks.  By mid 18th century Greek coffee was available throughout Greece.

Until the beginnings of the 20th century coffee shops were also grinding and roasting coffee. They would purchase green coffee beans, roast them, and grind them in hand operated grinders.  At that time specialized shops, the so called “kafekopteia” appeared in the market.  These specialized shops would process coffee in larger quantities and offer it ready for final consumption. Well known “kafekopteia” from that era include “Belka’s”, “Rizopoulos” and “Misegianni” coffee shop founded in Athens in 1914 and still in operation until today. 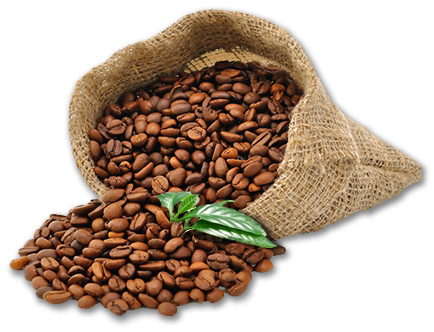 From the field to our cup

Brazil is by far the largest coffee producer globally. Other coffee producing countries include Colombia, Costa Rica, Guatemala, Mexico, Nicaragua, Ethiopia, and Jamaica, the latter producing among the most exclusive and expensive varieties.  Greek coffee is usually based on Brazilian varieties such as Rio and Sandos but the final blend includes other varieties as well depending on the coffee profile.

The final coffee blend and its processing determine the taste of coffee. Greek coffee has special blends, and special roasting and grinding techniques resulting in light in color and fine powder coffee. Greek or Turkish coffee as called by some has in fact its origins in Arab countries. Arabs were first to have non filtered coffee in traditional metallic pans. Middle East Bedouins would cook coffee covering the metallic pan in the desert sand over the slow burning fire. This traditional way of preparing Greek coffee in a copper pan called “briki” covered in sand is still around today resulting in excellent coffee thanks to slow and uniform heating.

Coffee is lighter in color and has no spices or additives in Greece as opposed to Turkey or Arab countries. This coffee type can rightly be called Greek as it is differentiated in both its characteristics and the way it is served. Greek coffee was developed from Arab origins to acquire its special characteristics that make it the coffee of choice for the vast majority of the Greek population.

The art of making coffee with “meraki”

Properly preparing Greek coffee is a daily ritual and an art form. Greek coffee is brewed in small traditional copper pan called “briki” preferably over gas fire. Fire should be kept at a minimum to allow for slow brewing. Specially designed copper pans, slow brewing at low fire, good stirring, and proper serving are some of the secrets for the preparation of a perfect cup. Traditionally Greek coffee is served with “loukoumi” sweets, biscuits, and good company…